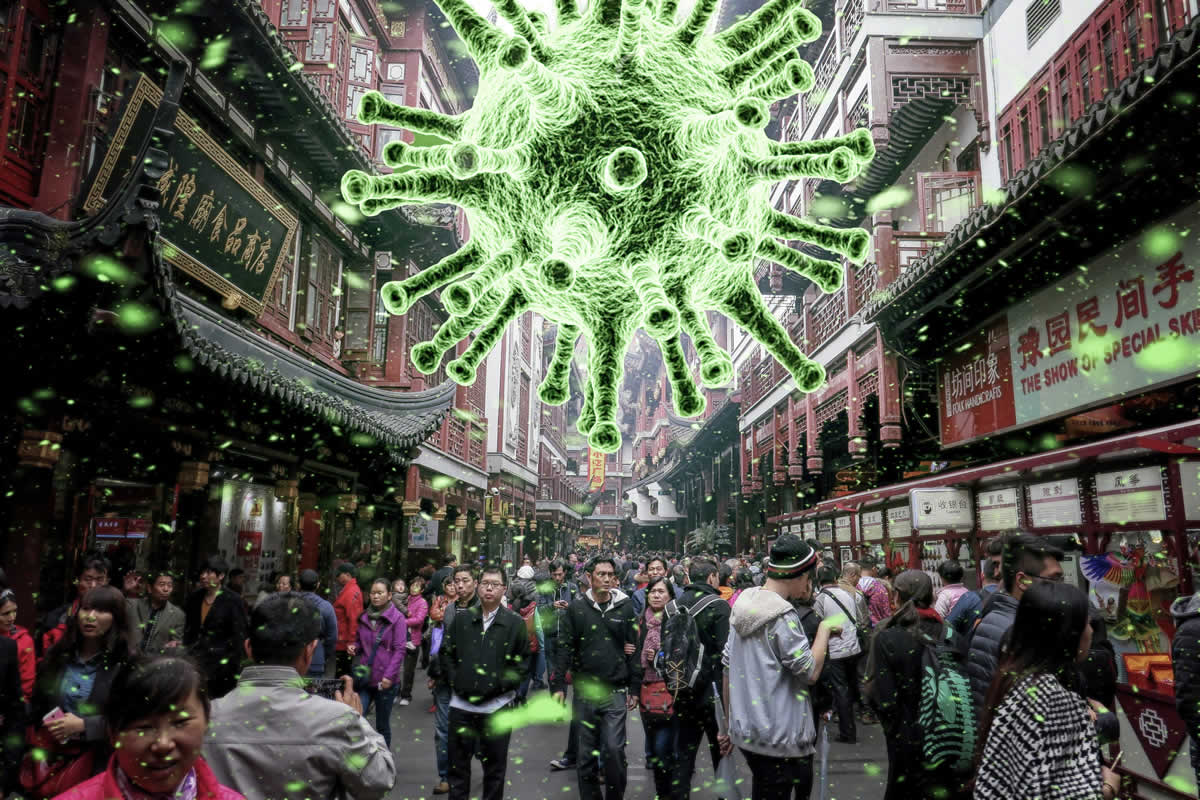 Though President Donald Trump has been the most supportive President concerning Israel that the USA had ever had, he is treading on very dangerous grounds when he tries to implement any peace plan that will divide the Covenant Land and dish it out in any way, shape and form to Israel’s enemies. The God of Israel will not endure any compromise on this subject. He will not allow anyone great or small to define the borders that He had already defined for the Land of Promise as He said to Abraham, Isaac and Jacob and as He promised for 1000 generations.

“I will set your border from the Sea of Reeds to the sea of the Philistines, and from the wilderness to the Euphrates River. For I will deliver the inhabitants of the land into your hand, and you are to drive them out before you. Exodus 23:31

He is Adonai our God. His judgments are in all the earth. He remembers His covenant forever — the word He commanded for a thousand generations— which He made with Abraham, and swore to Isaac, and confirmed to Jacob as a decree, to Israel as an everlasting covenant, saying, “To you I give the land of Canaan, the portion of your inheritance.” Psalm 105:7-11

The Corona Virus follows the same pattern that White House Correspondent William Koenig describes in his book Eye to Eye, where he shows 127 events of anti-Biblical Politics by U.S. Presidents against Israel espousing the division of the Land, the two-state solution and the defining of borders. In every one of those cases within 24 hours a terrible catastrophe or a storm would happen in the USA that would cause billions of dollars in property damage and damage of life as well. Some of these are well known events such as the 9\11 terror attack and Hurricane Katrina, both after the US committed itself to support the Palestinian cause by dividing Israel or uprooting Israeli settlements, like in the case of Gush Katif in Gaza. Within 24 hours disasters would hit the USA.

“At that time I will bless Judah and Jerusalem with great success again. I will gather together all the nations. I will bring them down to the Valley of Jehoshaphat. There I will put them on trial. I will judge them for what they have done to my people Israel. They scattered them among the nations. They divided up my land among themselves. They cast lots for my people. They sold boys into slavery to get prostitutes. They sold girls to buy some wine to drink. Joel 3:1-3 NIRV 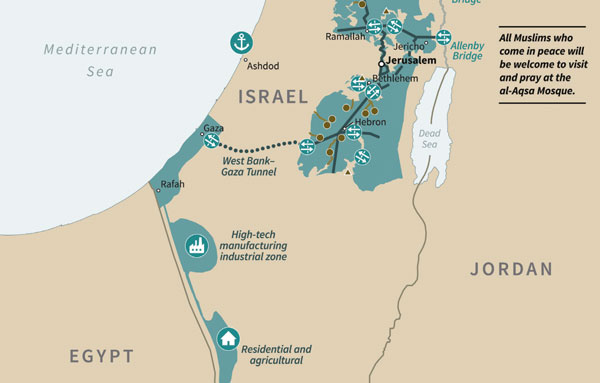 In a talk show hosted by Pastor Sam Rohrer from Stand in the Gap Today, Bill Koenig was the guest speaker on Passover Eve, April 8 of 2020. He mentioned the following:

On January 28, 2020 President Donald Trump presented the Middle East Plan that he called the “Deal of the Century”. He also presented a MAP, defining the borders of Israel under his plan. In this map, 70% of the Biblical Land of Judea and Samaria would be under a Palestinian State.

Within hours of him presenting his peace plan to divide Israel, Miami was hit with a 7.7 earthquake on the Richter scale.

A powerful magnitude-7.7 earthquake struck south of Cuba and northwest of Jamaica on Tuesday, the U.S. Geological Survey said. The quake was felt in Miami, and police said some buildings were being evacuated in the city.

Within 24 hours the US administration was discussing what to do concerning the Corona Virus Pandemic that was developing since being discovered in Wuhan on December 31 of 2019. On January 30th the outbreak was declared a Public Health Emergency of International Concern by the World Health Organization; this was only two days after the peace plan to divide Israel was submitted on January 28, 2020 and was accepted by PM Benjamin Netanyahu.

At the same time the EU and the international community reiterated their allegiance to the division of the Land of Israel and insisted on Israel returning to the pre-1967 borders (prior to the Six Day War). The International Community was insisting on defining the borders of the Promised Land that the God of Israel already defined thousands of years ago.

The COVID-19 Pandemic became a judgment to the whole world, quarantining most of the world population and affecting the economy of all – and especially of the USA and Israel, as PM Netanyahu agreed to a plan that is not God’s Plan for Israel. On top of it, PM Netanyahu could not form a government after the March elections and still has not been able to form it. (Note: PM Netanyahu and Gantz have just agreed to form a “unity government”) 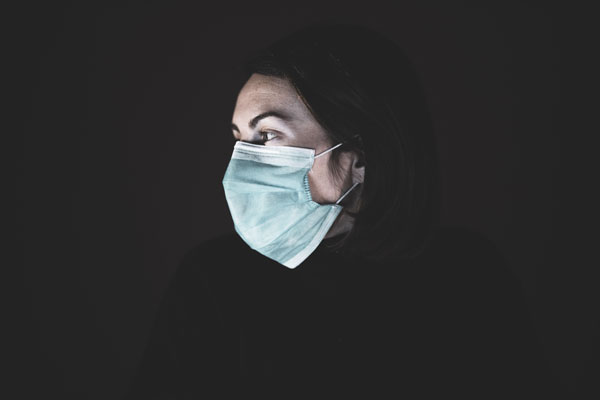 Bill Koenig (and so do I) believe that the Corona Virus is a judgment on the whole world for two reasons;

It is very likely that any further attempt to bring any kind of peace plan, dividing Israel and establishing a Palestinian State contrary to the Covenant will catapult the world into what the Bible calls the Wrath of God. COVID-19 will look like a mere pussy cat then. He will punish the whole world for opposing His Land Covenant with Israel and for all the immorality, rebellion, homosexuality, murder, abortions and greed (Romans 1:18-32).

This is only a “Crossroads of Time” when nations and individuals must make a choice whether to obey God or be swept away under His anger.

My people, go into your houses. Shut the doors behind you. Hide yourselves for a little while. Do it until the Lord’s anger is over.He is coming from the place where He lives. He will punish the people of the earth for their sins. The blood spilled on the earth will be brought out into the open. The ground will no longer hide those who have been killed. Isaiah 26:20,21 NIRV

Because of the Anti-Zion head of the Five-Headed Monster of Antisemitism the whole world is right now under judgment.

As I write these lines all of Israel and most of the USA is in quarantine because of the plague of the Corona Virus. Nations that will not repent for being anti Zion and for espousing to divide the Land given by YHVH to His People Israel will find themselves destroyed. Most of the nations in the United Nations are right now hanging in the balance. 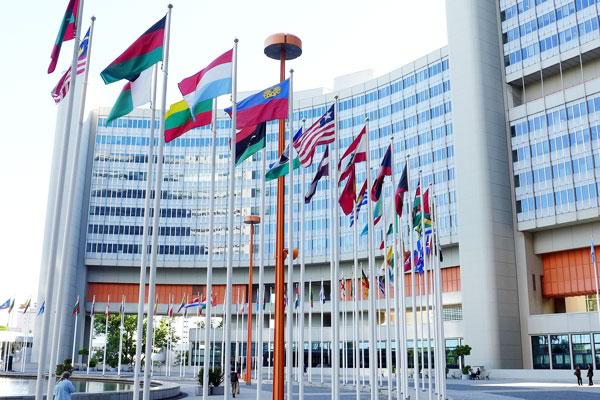 Draw near, O nations, to hear, and listen, O peoples! Let the earth hear, and all it contains, the world, and all its offspring! For Adonai is enraged at all the nations, and furious at all their armies. He will utterly destroy them. He will give them over to slaughter. So their slain will be thrown out, and the stench of their corpses will rise, and the hills will be drenched with their blood. Then all the host of heaven will dissolve, and the skies will be rolled up like a scroll— so all their array will wither away, like a leaf drooping from a vine, like a fig shriveling from a fig tree. For My sword has drunk its fill in the heavens. See, it will come down upon Edom, upon the people I have devoted to judgment. The sword of Adonai is filled with blood, gorged with fat— the blood of lambs and goats, the fat of kidneys of rams. For Adonai has a sacrifice in Bozrah, a great slaughter in the land of Edom. Wild oxen will go down with them, bull calves with mighty steers. So their land will be soaked with blood and their dust greasy with fat. For Adonai has a day of vengeance, a year of recompense for the hostility against Zion. Isaiah 34:1-8

We encourage all of you to struggle in prayer and to work towards Biblical Politics in your own nations.

Your Israeli Mentors and Friends 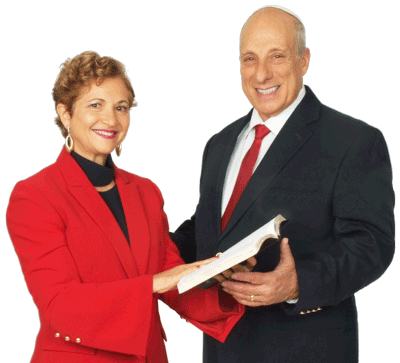 To Send Your Tithes and Offerings:

Antisemitism is worse than the Coronavirus

I will bless those who bless you and curse those who curse you. Genesis 12:3

See our Global Re-education Initiative (GRI) against Antisemitism in the Church – help us pull it through with your generosity. See Against-antisemitism.org

Join the United Nations for Israel and become a member:

Share in the joy of Archbishop Dominiquae Bierman with those who have diligently worked to complete the Global Revival MAP Bible School which she founded. These graduates represent many nations including Sweden, Finland, USA, Papua New Guinea, and Hong Kong. Hear how there has been healing of spirit, soul, and body for participants, some even experiencing signs following their lives.

Book of the Week: Stormy Weather

Judgment Has Already Begun, Revival is Knocking at the Door

Join The 70 Righteous of The Nations!